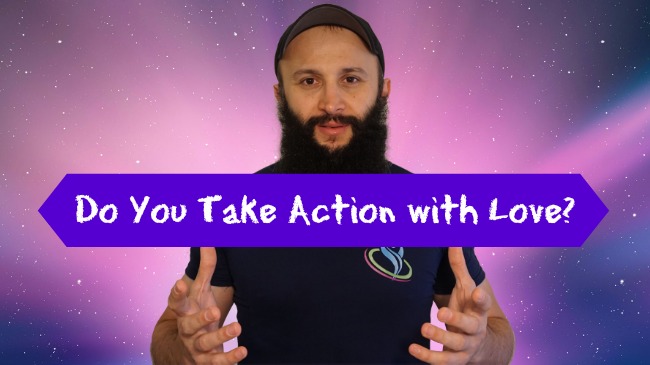 In this video, I wanted to start with a joke.

This couple comes to a marriage counselor, and the wife says, “My husband never tells me that he loves me.” And the counselor asks the husband, “What happened? Is it so hard for you to say those words? What’s actually holding you from saying it?” He said, “You know, I do say it. I did say it.” And the wife says, “When?” And husband turns to his wife and says, “I told you at the wedding, and at the same time, I told you if anything changes, I would let you know.”

So in this video, I actually wanted to share, as Brendon Burchard says, “Common sense does not equal common practice.” And we’ll see why.

There’s four types of relationships between husband and wife: One is husband does not express, neither with words, neither with actions, his love towards his spouse. It could be the other way around, too. It’s just, there’s no activity at all. And obviously, nobody wants that, and that will eventually bring to a challenge problem and a separation.

Then, the second type of man actually says, “You know what? I do need to express it. I do need to tell my wife that I love her, and I’m actually going to take action to show it to her.” So on a birthday, he actually goes and buys her a lawnmower and presents it to her. Obviously, wife gives it to him and says, “Uh uh, you’re wrong. That’s not actually what I’m into.” So in this case, husband is selfish. He bought lawnmower just for himself and presented it as a gift to his wife, basically thinking that it’s going to benefit both. Now, obviously, also that would be a troubled relationship.

Now, the third type of man says, “You know what? I do need to tell my wife that I love her, and at the same time, I have to give gifts that she likes, not necessarily that I like.” So when he buys her a gift for a birthday, he actually takes this gift and throws it to her. He says, “Here it is. Take the gift. I hope you like it.” So with a big favor, he gives it to her. So obviously, the intention is there not the way it should be, and that also would not be treated and accepted the way it should be, and there would be a troubled relationship.

So the fourth type of man actually says that he loves his spouse and at the same time understands that he needs to get her a gift and needs to do it with the proper intentions. So he gets what his wife wants. He actually presents it to her and actually gives it with love.

So, that actually could be used they say how you do one thing is how you do everything. So whatever we do towards our spouse, we can apply this towards business, towards kids, towards friends, any other relationship or activity that we’re involved in. If we really don’t want to do it and we don’t do it, we don’t take action, nothing is going to come out of it. If we do take action, but it’s selfish action I win and you lose; it’s all about me it’s not going to work out, too. The third attitude is, “You know what? I’ll do it, but I’ll do you a favor.” That’s also will not be given proper energy and would not produce the results that would be expected.

Now, anything you do you heard this many times. At least, I heard that since my childhood. Anything that you do, do it with all your heart or don’t do it at all. So when you infuse the action with love or whatever the activity that you’re going to do, it’s actually going to produce you much better results, and much better results will produce better feelings, and better feelings would give you more confidence and enthusiasm to do more, and you would take more action, and it would continue, continue, continue. And next thing you know, your whole world is transformed, and you actually see a lot of goodness.