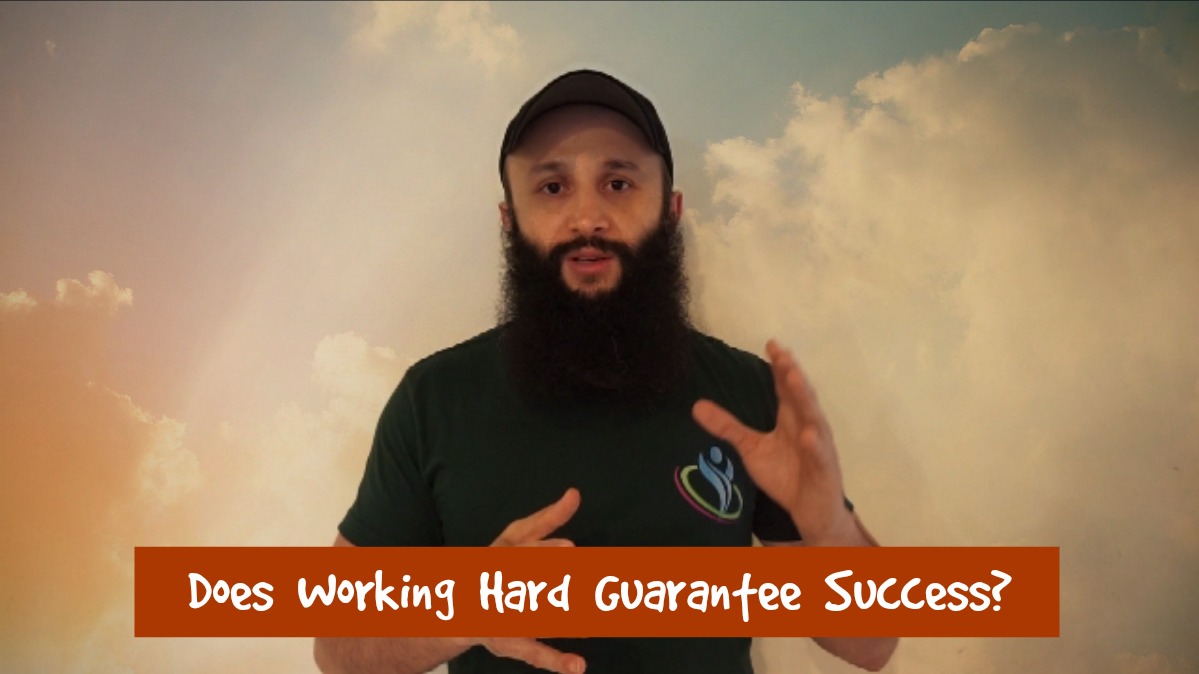 In this video, I want to talk about work, working hard. A lot of times, we hear people say, work hard and guaranteed, you will see results. Work hard. Do it. And, I believe it is not always the case. To achieve success is not necessarily working hard. Let me bring up my point through a story analogy.

Once a wild bear took a village. And that village was located like a mile away from a lake. So the water was not accessible to the village just like that. A lot of times they depend on the rain. They had containers that that village used to use and most of the time, those are empty.

So the elders of the village decided to finish with this idea of not having water, enough water in the village. So they gave out 2 exclusive contracts to two individuals that agreed to make sure that the water would be always filled in the containers.

Now, let us give those 2 individuals names. Bill and Ed. Ed by the way when he got the contract took 2 buckets and started to go back and forth, back and forth to the lake and carry water and filling out the main containers that the village used to use as a water source.

Now, Bill disappeared. Bill was not around. Meanwhile, Ed is working so hard, happy that Bill disappeared. So, it is all him, exclusive contract in getting paid. His making money. He is very happy. He is successful. This is happening for a couple of months.

He came back to the village and made an announcement that they are going to build a pipe that would connect the lake to the village. And those pipes are not going to be rusted because it is made out of special metal. And water will be cleaner than what Ed is producing. Water will be available even on weekends since Ed was taking weekends off, water was not available.

And at the same time, he was going to offer this water a 75 percent cheaper than Ed. Now, Ed had a dilemma on what to do. So while Bill was working on the construction of the pipe, took them almost a year to do it. But eventually they did it. Ed tried to maximize his money opportunity.

To compete with Bill, he engaged his kids to work at night and weekends while he was off. He offered people 75 percent of also. So this way he would become comparable to Bill. And as time went by, working so hard, the kids of Ed got old enough to go to college out of town. So he told them, make sure kids you come back and this business is going to be yours to inherit even if you will be so successful with your client.

Meanwhile, time goes by, the kids disappeared, never wanted to come back. Ed need to get things going so he hired bunch of people to help him out. He got nothing but problem from them. They didn’t want to carry so much water at a time, slacking off, and all kinds of things.

Meanwhile, Bill was enjoying. Water was just pumping and without any effort he had a man who is just looking after the process and eventually Bill came to the idea that, hey, if I did this in my village, obviously, other villages could be in a similar situation, maybe I can help them too.

So he did his business plan. Got the money and started to help out the villages across the globe, making him millions of millions of dollars. Basically, those pipes were not pumping water. They were pumping cash. So now, Ed was never financially free. He always had to work till the end of his days. So the question is from the beginning is what is really success? Is it really working hard or working smart?

A lot of times, we need to overcome our temptation of getting instant result. We need to use our brains a little. Set back. Set things straight. Create a plan. Execute the plan. And with the idea that there will be a system, there will be some kind of automation to keep our time free as entrepreneurs and go from there.