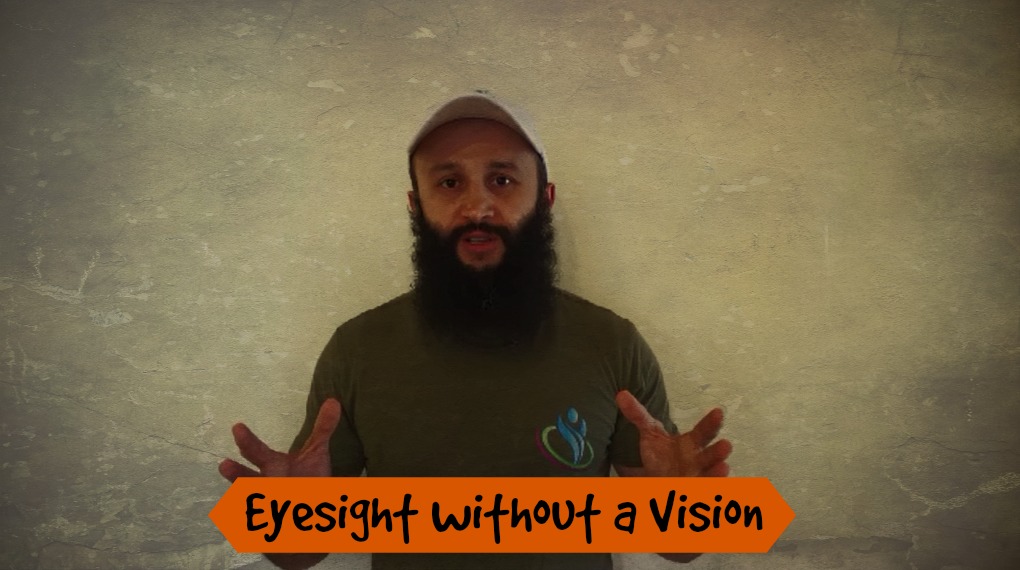 In this video, I want to talk about eyesight and I will bring it to you through a story.

Once a while back, there was a wise merchant and he come across handcrafted jewelry box that was extremely beautiful and everybody was willing pay a lot of money for it. He refused all the moneys. He said that he would give away the box to the poorest person in the kingdom.

Obviously, there was a big line. People lined up and everybody was trying to prove why they should get the jewelry box that they are in the worst position than anyone else. And he denied every single person. He said, you are not the poorest person. You are not the poorest person. It got to a point where people stopped believing that he would ever give it away. And they said, what is the story? Are you going to give it away or what?

He said, I would but you are not in a position that proves me that I should give it to you. So they set the case. So who do you think is the poorest person? He said, in our kingdom, there is only one person, I would consider the poorest person. Who was it? It was the king himself. When people heard, they were shocked, astound. What do you mean? So he refused to explain.

Obviously, news spread and got all the way to the king. King sent guards out to get that merchant and bring him to him, bring to the king. Once the merchant was in front of the king, king said, follow me. He opens one room. He says, what is this? The merchant says gold. He goes to another room. What is that? Silver. He opens another room. What is that? All kinds of precious gems.

So the king turns to this merchant and says, what in the world you spread such news that I am the poorest king in the kingdom, in the world? So the merchant said, king let me explain. You show me all the moneys that are available at your disposal. But did you know that in your kingdom, there is a lot of poor people, people that suffer and they don’t have any means to get by or live a life that would be proof.

So you having all these moneys, not being able to take care of your people, that makes you the poorest person in the kingdom. Obviously, that shocked the king. Now we can bring that back to us. Take the story literally and apply in our life. A lot of us have what it takes and obviously it is more than enough and we are holding on, trying to expand, expand, expand, expand the wealth.

In reality, the purpose of life is, much bigger than that. I would let you search for yourself. But I was going to imply this somewhere else because how you do one thing is how you do everything. I was going to bring it to eyesight. They say, what is worse than being blind?

Worse than being blind is actually have eyesight but not have a vision. So a lot of us we live a life without a vision. We wake up. We go through a day just existing not making any impression. There is no intention. There is no enthusiasm to bring into each day. So I invite everybody to think about the eyesight and the vision. Though we have a vision, do we know where we are going? And if we do, what are we doing about it each day to get to that vision?