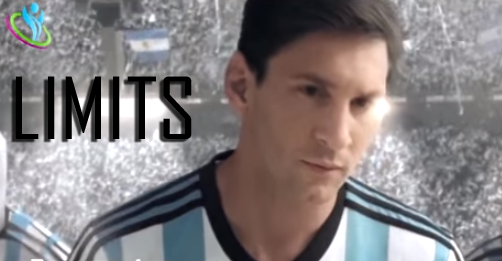 That the world is theirs to conquer

On the surface this sounds great

But then something happens…the reality of life sets in

We want to move on to an easier feat…

We want a road that contains no hills, a path with no turns…we want what has no opposition

But what if I were to tell you the only restrictions in your life are the ones you put in front of youself?

That it was only life itself standing before you, and rather than accept it, and mold it into your own story…rather than benefit from it…you ran from it

You transformed a meaningless event into an enemy…a monster….creating the very reason you won’t succeed at your job, at the gym, or whatever you are working on in your life

As something that will make you stronger, or as opposition fighting for your demise

The funny thing is, it can always be either one

Your limitations can just as easily contribute to your victory

That simple understanding is often the difference between running away, and creating something valuable

Human beings have, for many centuries, done what was thought to be impossible

They created their own expectations

They tore down limits that stood in their way…limits that were created by human beings just like them, by the way

The very nature of progress is to take the accomplishments of others and expand upon them, not be held captive by them

Tuesday cannot exist without Monday, but at the same time, it isn’t confined to Monday’s realities.

It is it’s own entity.

You write the rules.

You are the decider of fate.

The world around you will comply.

It always has, and always will.