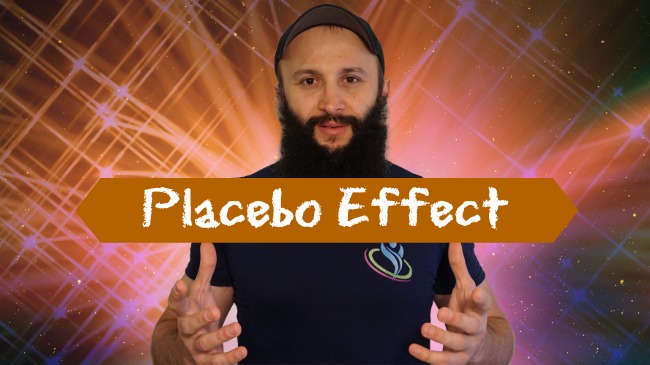 In this video, I want to share with you something very interesting. It is called Placebo Effect. A lot of you heard of it. In 1972, a real gaze on a performed experiment. He took 15 athletes and he told them that you will go through training 7 weeks and in 7 weeks, the winners of this training will be given anabolic steroid for 4 more weeks. And during all this time, they would measure their progress and the growth of the athletes with everything that they do, growth and reps, growth and weights, and everything else.

So 7 weeks later, he took 6 of them that were winners and he gave them a pill but that pill basically was not steroid at all but the athletes did not know about it. What happened was actually amazing because they believed that they were taking some steroid, which should cause extreme strength, they actually increased their progress and everything. The effect was 7 times more in half of the time than what they did in actually 7 weeks. It was amazing. So it shows you that this actual effect was used a lot of times in medical treatments and so on with patients who would believe that they are taking actual medicine but they are not. But their own belief causes them to think certain way and do certain things and look at the perspective basically effects of what happens to us.

So imagine us without taking any pills, actually becomes so aware about the subject that empower ourselves with such a belief and how much more improvement we can do with whatever we are doing, whatever it is. So I just want to share that with you today. As usual, post comments below, subscribe to my channel, and suggest new topics.