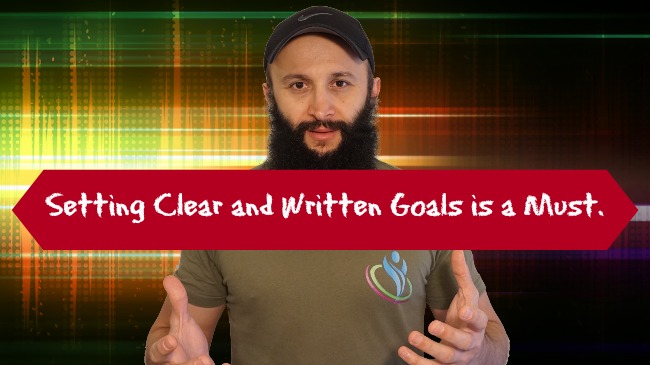 13% just said that they had goals in their mind but they have not written them down and 84% did not bother writing and setting any goals. They just want to go and take a break for the summer and then deal with all that stuff.

Now, in 1989, ten years later, they did a follow up on all of those graduates and what they found is that the 13% of graduates that had the goal in their mind, they were twice as successful as the other 84% that did not set any goals for themselves.

So what I propose is obvious. Instead of us keeping it on our mind or just saying that “what’s the point of not setting any intention for the day, for the week, for the month, and down the road?” We should actually should take advantage of this information and implement it in our life.

Yes, I know it takes time, and initially, I also had similar outlook. I did not want to write anything down. I just kept in my mind, I’ll be fine. I know what I’m doing. I’ll get there, and I wasn’t getting there.

So until we actually start to write things down, nothing major will actually happen in our life. And if you think about it, we are where we are today is because of the mindset that we have. So if we want to change that, something needs to change, so there will be a good change to implement in our life.