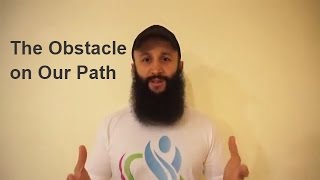 In this video, I want to discuss obstacle, challenges and our traditional response to those.

All of us respond to challenges in life not really in a positive way. We complain, we blame, we justify why we didn’t succeed or didn’t get to where we need to get. Let me bring it to you through a parable.

Once there was a King and he placed a big rock in the middle of the road. And he himself was hiding in the bushes just to see people’s response. Some of these wealthy merchants were passing by, when they saw the rock the response was, (just like I mentioned before) some complained, some blamed the King, not happy going around the rock and continuing their way. Then suddenly, King saw a peasant carrying a bag of vegetables and he sees an obstacle in front of him. He actually stops, puts his bag down and tries to move the rock. Obviously, the rock was too big and it took a lot of struggle for the peasant to move the rock. Obviously, eventually, he succeeded and pushed the rock to the side of the road. As he went to pick up his bag of vegetables, he noticed there’s a pouch right where the rock was. He takes the pouch, looks inside and he sees there are a lot of gold coins. And in addition to that, there’s a note from the King that whoever moves the rock, the gold coins would be presented to him as a gift from the King. The peasant got happy and went his way.

What do we learn from this parable basically is: Every time challenges come our way, if we don’t complain, ignore, or justify or blame, we actually would face the challenge, overcome it and get the experience needed. The experience itself would be the reward for us whether it’s knowledge, experience, and whatever it is that would build us up to get to the next level.