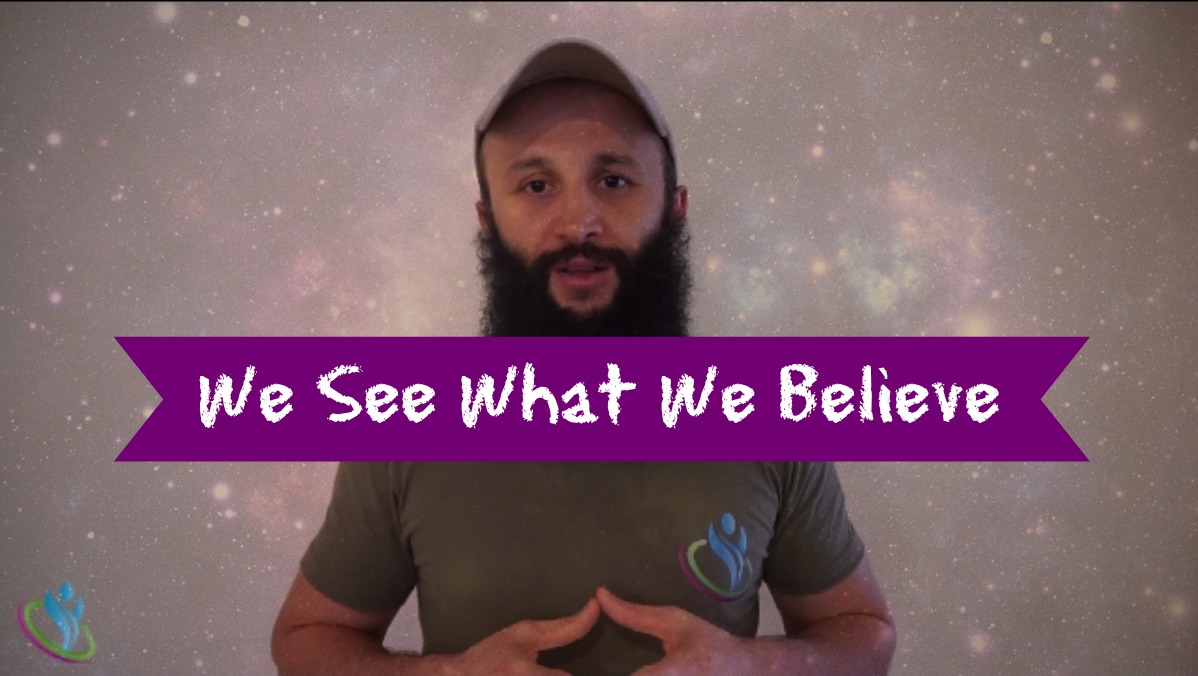 In this video I want to talk to you about our belief system.

I’ll give you a few examples. Basically, let’s say, somebody’s late for a meeting. And whoever was waiting for the person could respond, “You know what, it’s unacceptable, I’m not waiting anymore, I’m done with this person.”

Or another person could respond, “Wow, I wonder what’s going on maybe the person got delayed due to traffic, maybe something not-so-good happened to him, or try to give him the benefit of the doubt.” Basically they have the same experience, but response it totally different.

Now, another example would be let’s say, a person that’s driving. Road rage, everybody heard of those examples, right? Somebody gets cut off so one response to get upset and do something that’s not appropriate in return. Or say, “You know what, maybe that person didn’t pay attention or maybe he was changing radio stations or maybe there’s a kid in the car or maybe that could be my mother driving so why would I get upset?”

Another example would be, that one stuck in my head, is it a response of a person? Somebody has a belief system which changes within spit second.

There’s a bus there’s a father with kids inside of the bus among other people. The kids are going nuts and they’re turning the whole bus upside down. And everybody’s quiet, kind of like holding it inside and one person couldn’t handle it anymore. He got up, went to the father, “Excuse me sir, why don’t you get a hold of your kids already?”

So the response obviously shocked the person. What did the father respond? He said, “You know what, their mother just died. I myself am spaced out, I don’t even know how to bring it to my kids. They don’t even know about it. Please forgive them.”

That person apologized and sat down. Initially, the response was so emotional to go and take charge and then instantly being cooled off and set back.

Basically, as mentioned before many times – what’s happening to us? Do we believe what we see or do we see what we believe?

I strongly believe that everything we see around us depends on our belief system.

Another story that would bring the point across, I’m not sure if it’s a true story but that’s how I heard it and want to share with you. Once there was a businessman, in a city, New York. He went to a park; his business was not doing so good. He was actually debating, should he shut down and he filed for bankruptcy. An old man came to him you know what’s going on tell me. He shared his experience that everything is falling apart about to collapse. The old man heard him and said, ‘you know what, don’t worry. Let me write you a check. Is this enough to restore your business, meet me in the same spot one year later.”

The business man looks at the check and sees it is Rockefeller? It was known that Rockefeller And he would randomly give money.

He started to regroup But he did something. He decided to put this check in a safe, use it as a back-up plan. He actually called the vendors, basically restore his business pay off some of the things. And basically brought the whole business back up.

A year later he’s so excited going to go to Rockefeller I figured it out without cashing the check. All I needed is some confidence.

As he came to the park, that old man did show up. But he wanted to thank the businessman, there was a nurse out of nowhere that came and grabbing the hand of the old man, trying to walk him away. She said basically, “Sorry sir, if he bothered you. He runs away a lot and giggles around tells people telling people the he’s Rockefeller.”

So that moment the businessman was shocked. He basically relied on money that did not really exist.

At the same time, what he learned is because he believed that the money was there even though it was not, he was able to pull it off.

So the same thing with us. Our confidence, our belief system is extremely important for us to go and make amendments in our lives. Actually they say, “Act like you got it. So fake it until you make it.”

So that’s exactly the approach that we should take. We should believe that we can do it. It doesn’t matter how hard it seems, take one step at a time and eventually you will get where you need to get.