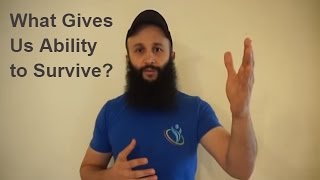 In this video, I want to talk about faith, belief, hope, trust.

A while back, not so long ago, about 70, 80 years ago, when it was the time of the Holocaust, there was a scientist, psychologist. His name was Viktor Frankl. He was in one of the camps. As a scientist, he tried to observe people around him. And somehow, he decided to figure something out, which is, who would die next. He basically wanted to know who would survive and who would not. Would it be smart guy, poor guy, healthy guy, you name it. So any qualities of a person, he would use to try to figure out who would be next. And what he found out at the end after a long time of trying to research this idea, that it was not the strong guy necessarily, it was not the weak guy necessarily, it’s not healthy, it’s not sick, it’s not rich, it’s not poor, it’s not smart, it’s not dumb.

Basically, the conclusion was that any person who had some kind of hope, faith, the idea that was waiting for that person in the future it could be finishing college education or seeing the family members or pursuing some kind of career or looking forward to something in the future basically, the conclusion was that any person can go through any hell as long as they know why they’re doing it.

As long as we have our “why,” a reason, we can actually have hope to pursue any struggle, go through any struggle and acquire what we need.